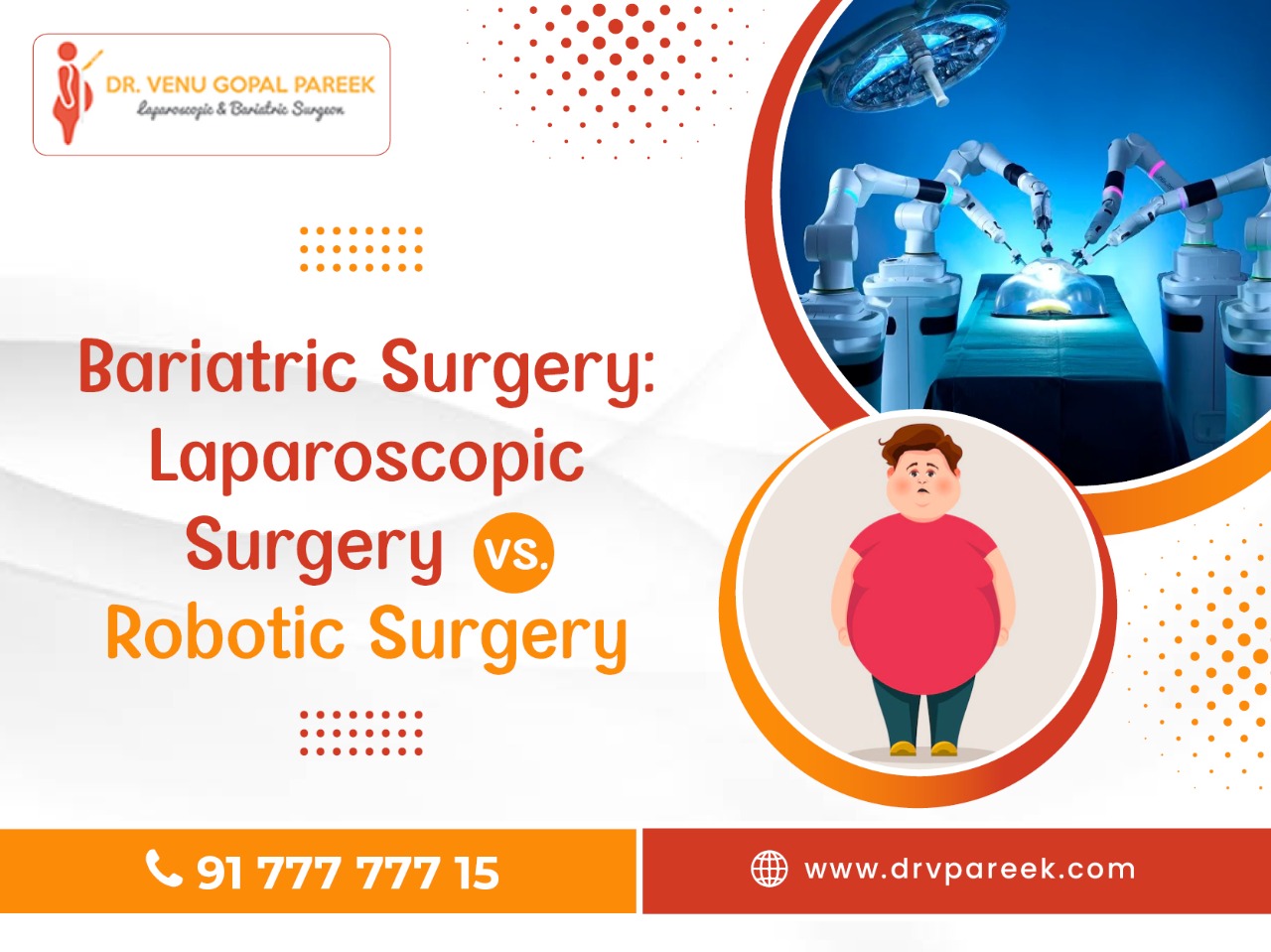 The bariatric surgery procedure has undergone a great deal of advancement over the past few decades that have improved its safety and effectiveness. Suppose you meet a surgeon like Dr. Pareek; he may offer you a choice between robotic bariatric surgery and laparoscopic bariatric surgery. If you are not familiar with the differences between the two, you may wonder what they are. This article will make you understand the differences. Regular diet and exercise, along with these surgical techniques, can improve the lives of obese people.

Obesity is a condition that is strongly genetic in nature. People with severe obesity often struggle to lose weight. If you are obese, you deserve help, so don’t hesitate to get it. Dr. Pareek, an experienced Laparoscopic & Bariatric Surgeon in Hyderabad, has performed over 1,000 bariatric procedures. His skills make him the ideal bariatric surgeon, which means he is capable of providing you with the best care. He has a team of compassionate and knowledgeable surgeons to deliver innovative bariatric surgery, allowing you to lose weight in the long term.

Bariatric surgery was exclusively performed with laparoscopy during the initial years. Furthermore, it served as a standard clinical procedure at the time. Laparoscopic bariatric surgery is performed by making five or six tiny incisions into the belly. A fiber-optic instrument called a laparoscope with a small video camera head is sent through the abdominal incisions, and a picture is shown onto a monitor. This allows the surgeon to see inside the stomach more clearly and perform the surgery. While laparoscopic surgery is able to achieve quite good results, robotic bariatric surgery still has the edge over it.

This robot is like a surgical tool guided by the surgeon to perform bariatric surgery with the use of computer-guided, enlarged 3D projections. The surgeon never holds the surgical tools in this procedure; instead, he guides the robot sitting in front of a computer screen. The surgery is performed through a series of small abdominal incisions, and a camera mounted on the robot gives a remarkably clear and stable view of the stomach and other internal organs.

With the use of robotic arms, the surgeon can perform actions within the body of the patient that the robot can replicate with extreme precision and scale. Compared to laparoscopic surgery, robotic bariatric surgery gives doctors a more comprehensive range of motion, greater precision, and higher efficiency.

On the other hand, robotic surgery offers 3D HD views and devices that can bend and rotate within tight areas significantly more effective than the human wrist could. This robotic-assisted bariatric surgery has the ability to reach spots that human hands can’t access within the body as no other surgery method do. The robot is superior because it is highly dexterous and has the ability to access parts of the body that were previously unreachable.

Regardless of what procedure you choose, we guarantee that you are in the safe hands of Dr. V Pareek, the most experienced and skilled laparoscopic and bariatric surgeon in Hyderabad. Minimally invasive surgery is preferred by the majority of patients and physicians over traditional open surgery. Obese patients who come to visit the doctor will have the choice of selecting among two minimally invasive surgical techniques: laparoscopic bariatric surgery and robotic bariatric surgery. You can discuss this with the doctor during the initial consultation and can decide the correct type of surgery for you. To know more about robotic bariatric surgery, consult Dr. Venugopal Pareek. 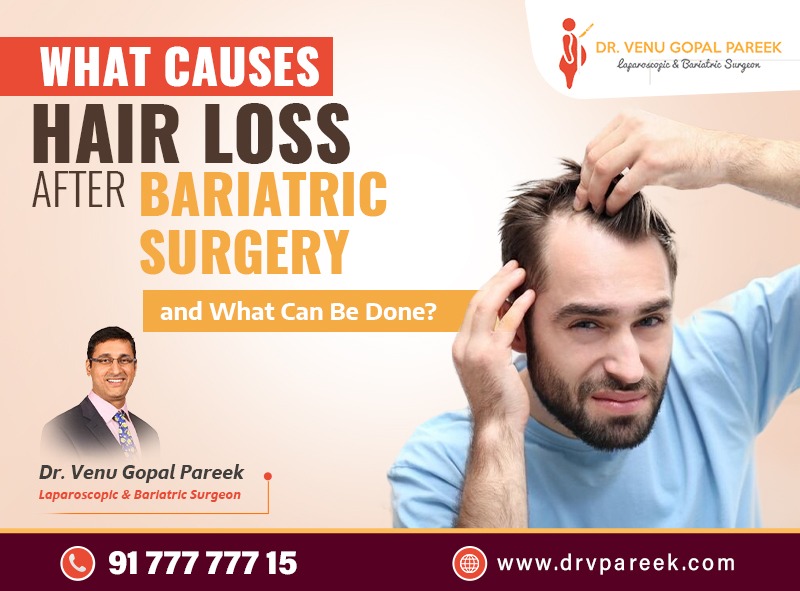 What causes Hair Loss after Bariatric Surgery and What can be done ? 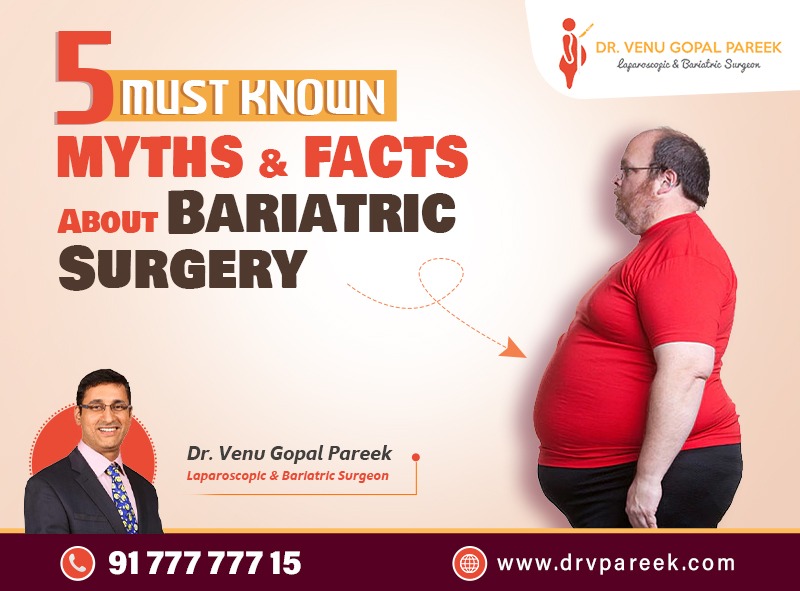 5 must known Myths and Facts about Bariatric Surgery 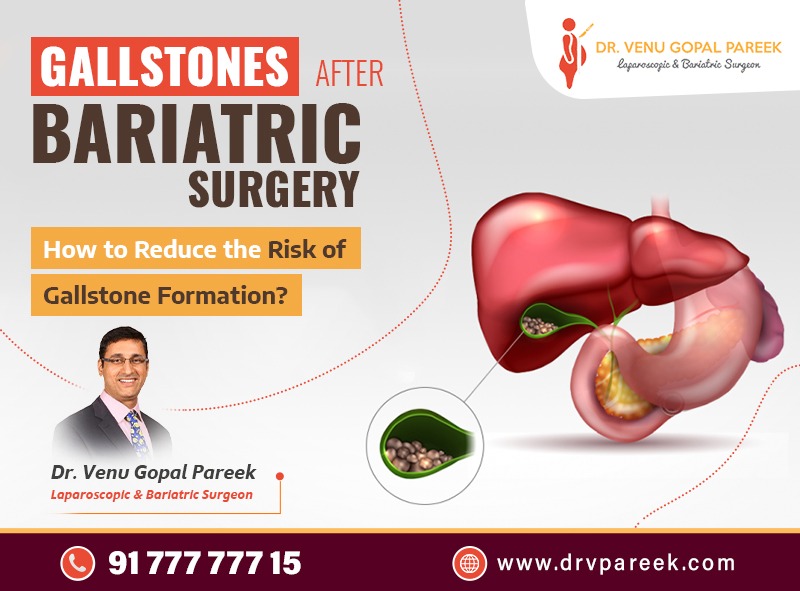 Gallstones after Bariatric Surgery – How to reduce the risk of Gallstone formation? 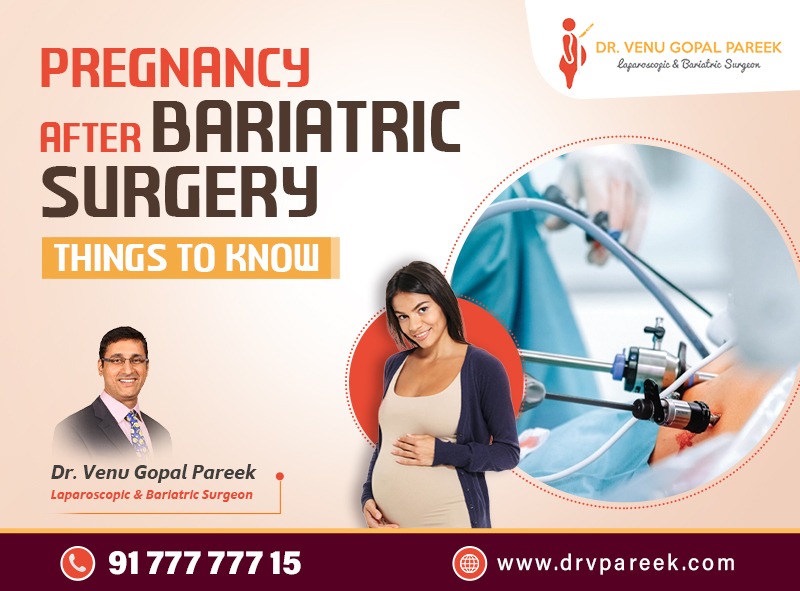