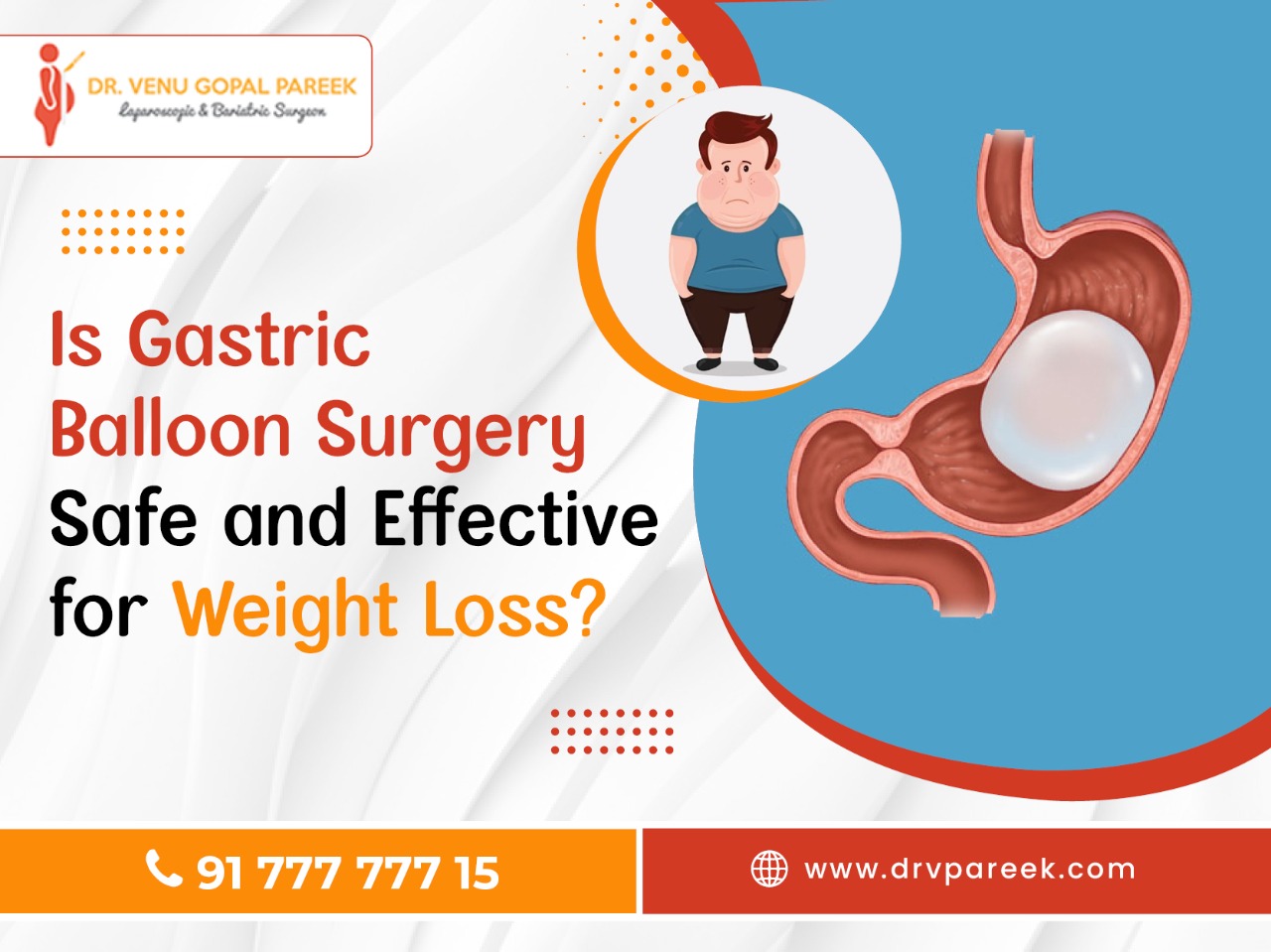 Is Gastric Balloon Surgery Safe and Effective for Weight Loss?

Weight loss with fluid-filled intragastric balloons is safe and effective regardless of the individual’s BMI or age. Despite being relatively new, gastric balloons are one of the most effective ways to lose weight. An inflatable balloon is temporarily inserted into the stomach during the procedure. As the balloon occupies some space in your stomach, the amount of food you can consume is limited. Furthermore, it increases the feeling of fullness.

Despite the temporary nature of the gastric balloon approach, limiting how much food you eat can make your eating habits healthy and other lifestyle factors for the long term. Weight loss through gastric balloons typically ranges from 10 to 15%, with a long-term dedication to a good diet and exercise.

There are three different kinds of gastric balloons in use right now. The FDA has authorised all three, and none of them requires surgery to place inside your stomach. Another similarity among them is that all three types of balloons are inserted down through the throat and then inflated. Placement and removal of balloons are done during in-office visits, and you will go home the same day after the balloons are placed and removed. The three main kinds of balloons and their characteristics are listed below:

Gastric balloons like Orbera can be used to treat obesity. This single balloon is placed inside your stomach and is filled with saline solution. Orbera balloons remain in place for six months. The size of an Orbera gastric balloon after filling with saline is approximately 400 to 700 cc (1 cc = 1 mL).

The Obalon gastric balloon is entirely different from the other two types of balloons because Obalon balloons are not implanted endoscopically but rather swallowed. The Obalon procedure involves placing three separate balloons, compared to one or two in other procedures. The three balloons are swallowed on three different days. The deflated balloon looks like a vitamin pill, and once you swallow it, the surgeon will inflate the balloon with gas. A maximum of 250 cc of gas can be stored in each balloon. Approximately six months after swallowing the first Obalon balloon, all three will be removed at the same time.

The Allurion Balloon, formerly known as the Elipse Balloon, is the current trending weight-loss procedure that involves swallowing a deflated balloon like a pill, which is transformed (inflated) into a gastric balloon once it reaches your stomach. This is the only gastric balloon that can be inserted and removed without anaesthesia or an endoscopy. In just 20 minutes, the whole process can be completed. After three or four months, the balloon deflates, dissolves, and passes naturally.

This balloon works by occupying some space in your stomach, so you feel fuller faster—which makes you eat less, eat better, and helps to develop long lasting healthy habits. Your bariatric surgeon will provide dedicated nutritional support. You will also get an Allurion health tracker and a mobile app to guide your weight-loss journey.

Is it safe to ingest silicone?

In order to find out whether silicone is safe, many studies have been conducted by experts. There is no clinical evidence to support claims that patients with gastric balloons are at an increased risk of developing conditions like cancer and arthritis.

Who is best suited for gastric balloons?

The best approach for determining whether you are a candidate for a gastric balloon is to speak with a bariatric surgeon so that he can talk about your specific objectives, medical background, and way of life. Generally, good candidates for balloon procedures should meet the following criteria:

Don’t hesitate to get in touch with Dr. Venugopa Pareek, one of the best Laparoscopic and Bariatric Surgeon in Hyderabad, so that you can have a one-on-one conversation with the doctor where you can get answers to all your questions like what a gastric balloon is, how it could aid in weight loss, and whether these procedures are a suitable fit for you etc. He helped thousands of people suffering from obesity in his 15+ years of experience as a bariatric surgeon and laparoscopic surgeon. 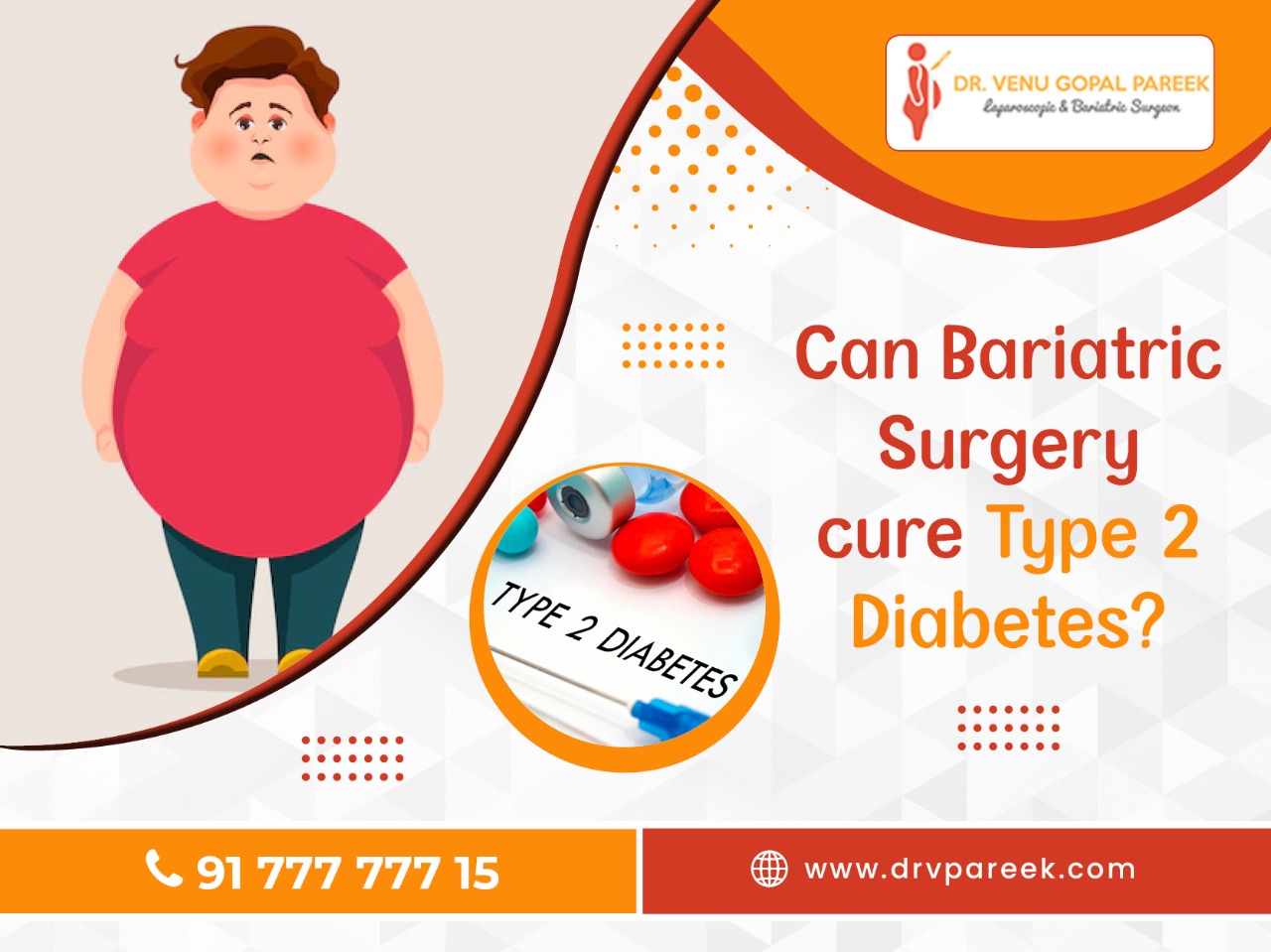 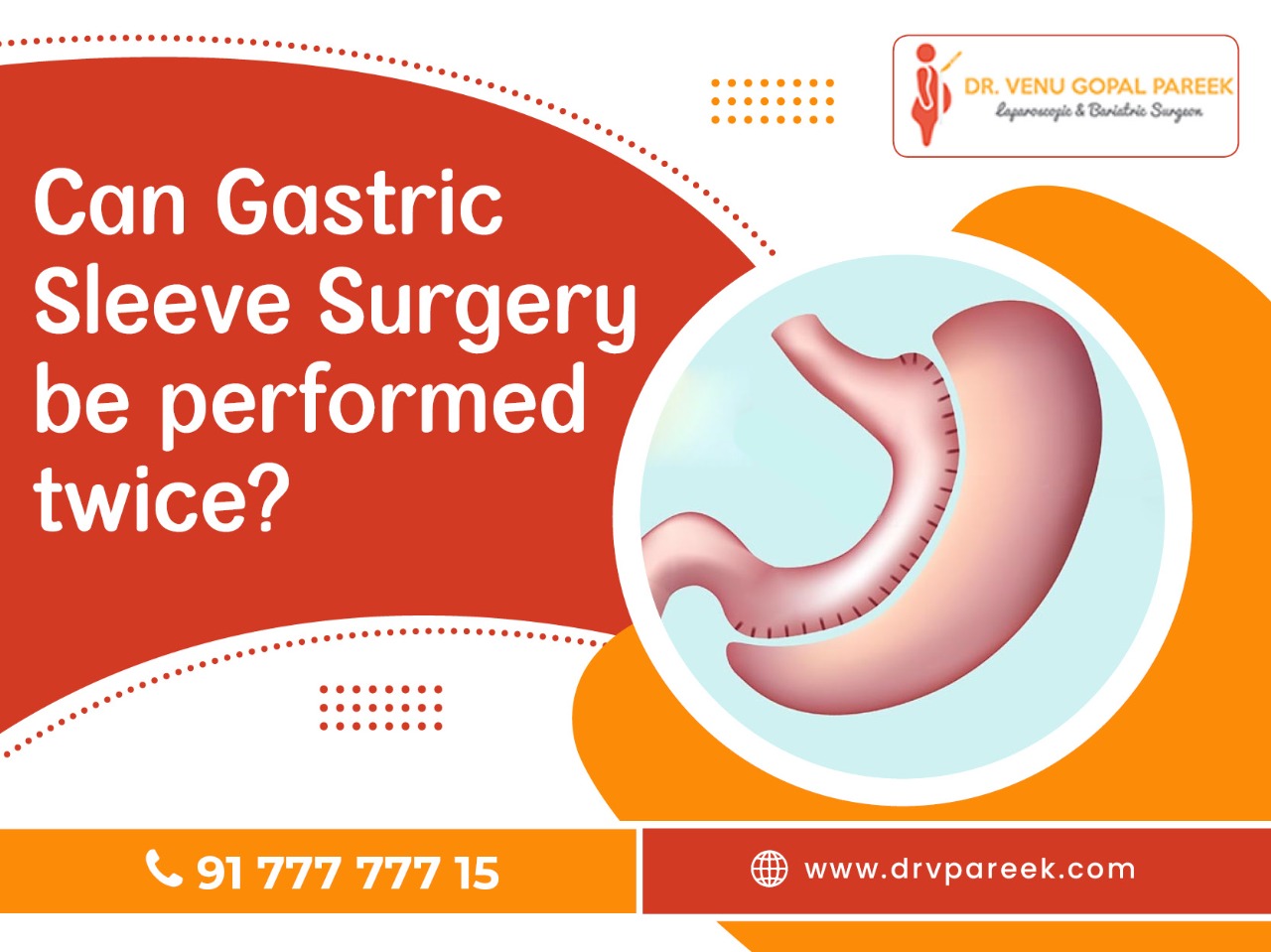 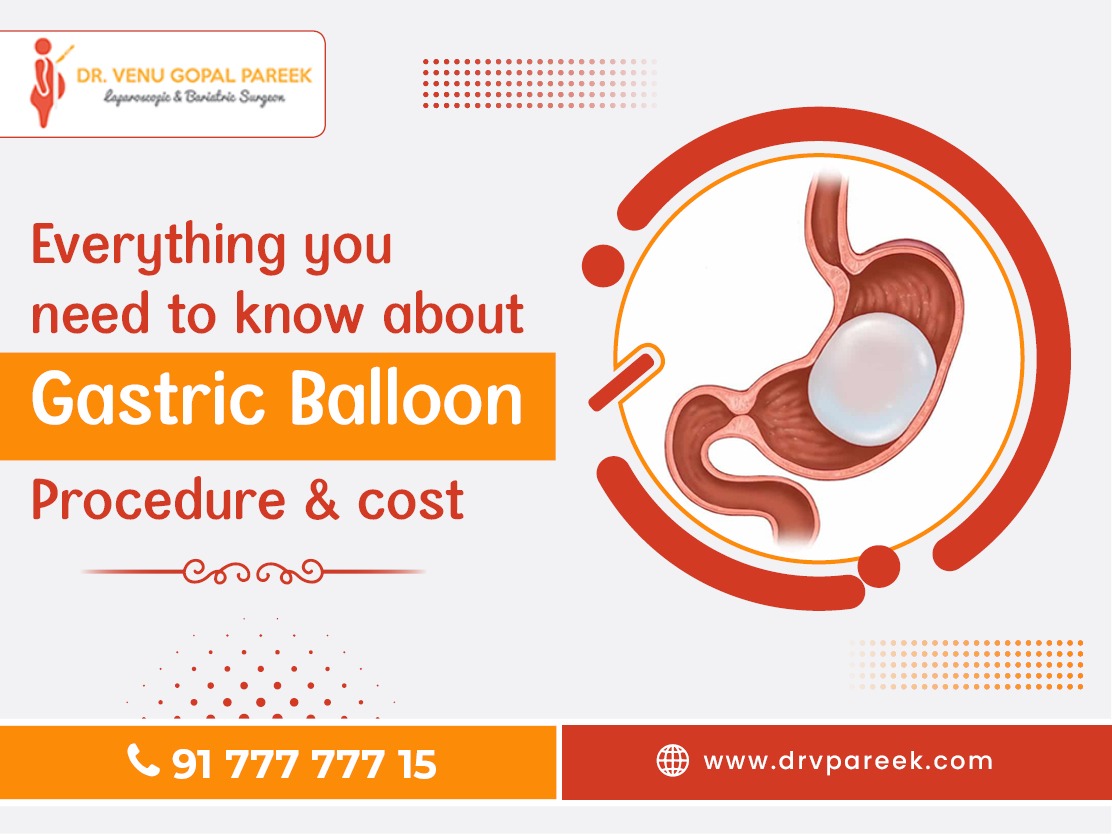 Everything you need to know about Gastric Balloon Procedure & Cost 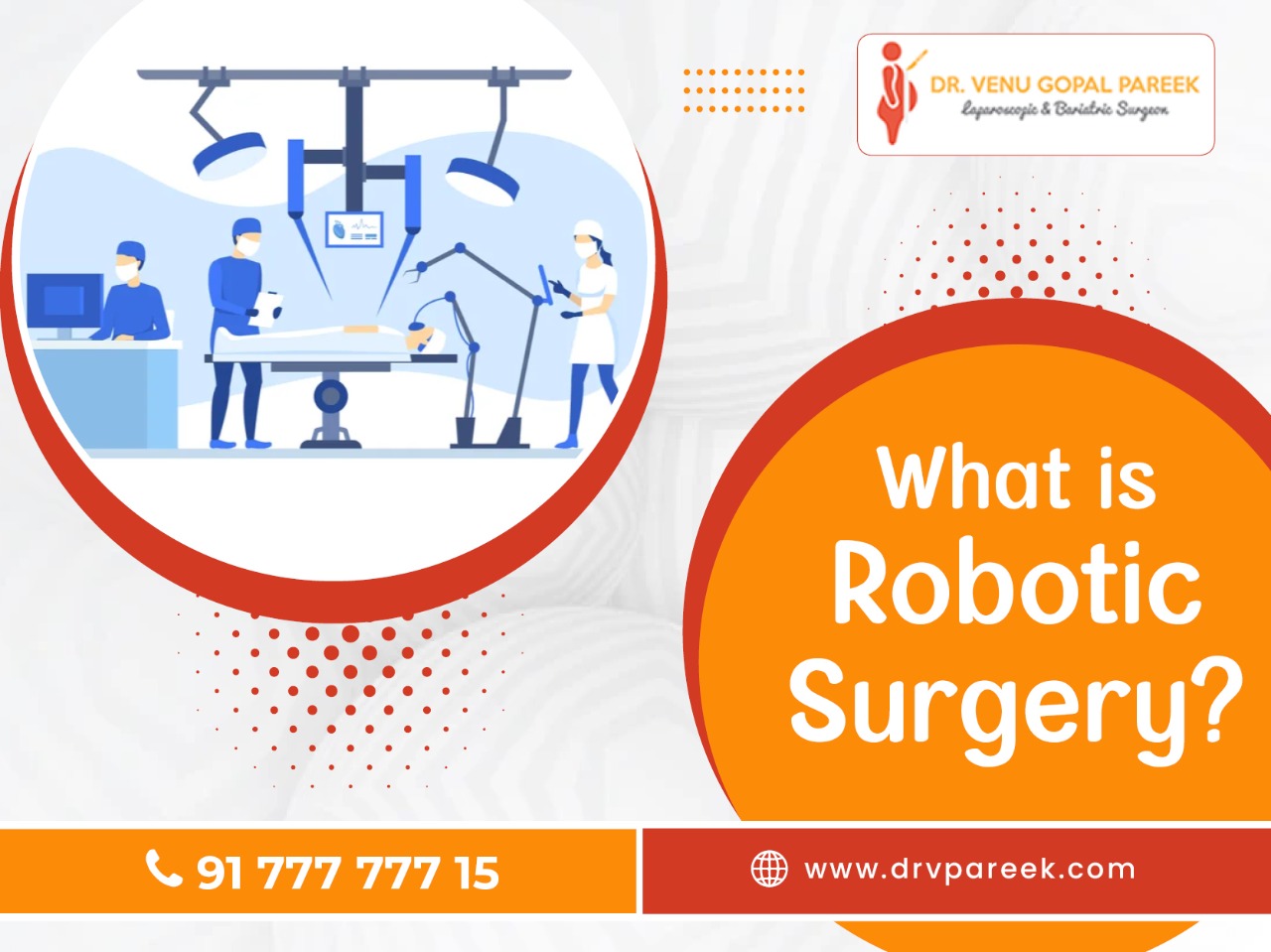 What is Robotic Surgery ?